Jane Belcaster, a Spring 2018 Alumna, hung out with RBG a few years ago.

Then a high school senior coming off her 15 weeks with The Traveling School, Jane put the confidence she honed on her South America semester to use: she wrote to Justice Ginsburg asking for an interview. 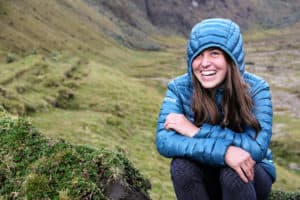 Jane met with Justice Ginsberg soon after. “I pitched it as a 5-minute interview, but she spent an entire hour with me in her chambers. I remember walking to The Supreme Court in the rain, as I tried to hold my umbrella steady — I couldn’t stop shaking from the nerves. Those 60 minutes in her chambers were some of the most precious minutes of my life.”

Afterwards, Jane wrote a front-page article for her school newspaper (you can read Jane’s full interview here). Stanford University, where Jane currently attends, was also eager to share the story, and recently interviewed her for their school paper as well.

After Ruth Bader Ginsberg’s passing last month, I reached out to get Jane’s reflections on RBG’s death, as well as the time she had spent 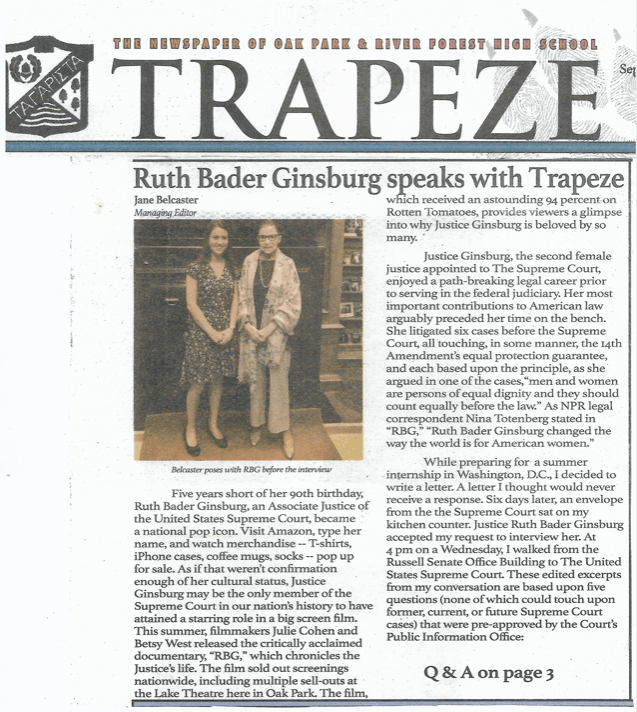 with her years ago.

“I was tremendously saddened by Ruth Bader Ginsburg’s passing — both on the behalf of our nation’s daughters-to-be and our democracy. In fact, my Dad and I were both so moved by the life of RBG that we felt it important to go to D.C. to see her lie in repose on the steps of The Supreme Court. It was a very solemn day. But it was a moment in history — and a moment with my dad — that I will never forget.”

Words cannot describe the profound loss our country has experienced due to Justice Ginsberg’s death. She was revolutionary and made significant gains towards gender equality throughout her career. One of the first female law students at Harvard and eventually graduating first in her class at Columbia, Ginsberg went on to become a gender equality and civil rights lawyer and was appointed to the Supreme Court in 1993. She became known for her brilliant, dissenting opinions that changed the way our society views gender equality.

Jane shares she has always been influenced by Ruth Bader Ginsberg. “She was a pioneering advocate for women’s rights. I benefit immensely from the legal battles she fought and the majority opinions she crafted. She was a constant reminder of what a 5’1” woman — like myself — can accomplish.” 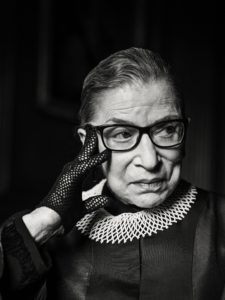 The world is a better place because of Supreme Court Justice Ginsberg. Her legacy will continue to benefit many and will last for generations. And her brilliance will forever impact the life of Traveling School alumna Jane Belcaster.

During her time in her chambers, Ginsberg told Jane to “join with others to make our society better. She told me to join an environmental group, a civil rights group, or a group concerned with the abolition of the death penalty. Most of all, she stressed the importance of voting. She said she would encourage young people to do anything to join efforts to get people to register to vote and go to the polls on election day.”

Jane took those words to heart. Since The Traveling School, she became the editor of her high school newspaper and is a sophomore at Stanford University. Now 20 years old, she’s taking a year off to work, volunteer tutor elementary school kids and phone bank for her local democratic senatorial candidate.

We are proud to have Jane in our alumnae community.  Because the world needs more five-feet-one-inch-tall women like Jane, and Ruth, to make positive change.