Circle up with us!

Thank you for supporting the Living Room Learning Series.

A big thank you to the faculty lecturers who volunteered their time to share knowledge with this community.

The Living Room Learning Program is donation-based. All donations will provide financial aid to Traveling School students, ensuring every young woman has the opportunity to learn and grow on a Traveling School semester. Thank you for your support, and stay tuned for our next series! 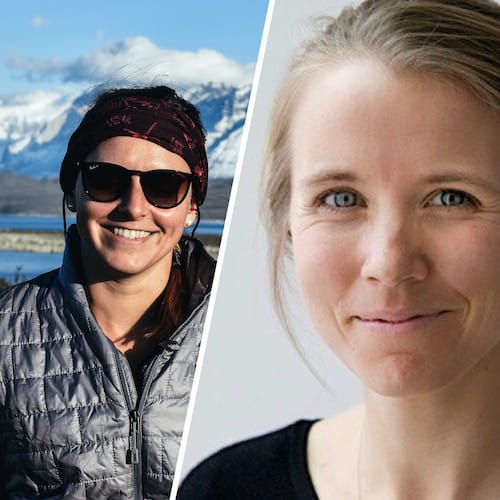 So You Want to Make Change? Knowledge and Skills for Collective Action

As more schools incorporate global issues into their curriculum, traditional models of civics education and social sciences are being updated to include topics like human rights and global citizenship. Such frameworks are intended to prepare students to critically engage with, analyze, and ultimately change global problems with which they are confronted. One of the primary ways students learn about making changes are through strengthening their respect for human rights and fundamental freedoms. But, what does this actually mean? How do students connect theoretical understandings of human rights to human rights practice? What is the role of research, advocacy, and campaigning in making change? What can students achieve as individuals? What can they achieve collectively? In this workshop, we will discuss how the Traveling School and several other educational programs conceptually and practically address these questions. Though many of our examples focus on high school and college-aged students, they’re applicable to learners of all ages, and in and outside of formal education settings.

About Chrissie: Chrissie was part of TTS teacher teams in Southern Africa (’09) and Central America (’11). She has a PhD in International Education from the University of Virginia and has held positions as a human rights researcher, advocate, and campaigner. She has been a lecturer at New York University since 2015; in 2017, she and Gaby co-taught a course at NYU focused on human rights education.

About Gaby: Gaby taught with the Traveling School in South America both during Spring 2018 and 2019. She has an MA in International Education from NYU and has traveled through Latin America teaching human rights and Spanish and leading community service trips. Most recently, she completed a year traveling through Patagonia working to develop the Climate Studies program. In 2016, Chrissie and Gaby co taught the course, International Human Rights Education & Activism. 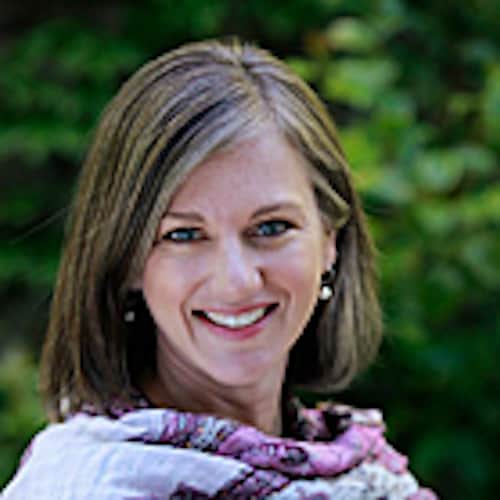 Girls’ Education: a Geopolitical Priority and an Environmental Necessity

Dr. Genevieve Walsh, who taught 5 semesters for TTS, has spent the past 10 years leading the charge in girls’ educational development in remote tribal regions of Pakistan. Genevieve has experienced firsthand the impact of girls’ education in some of the most politically, socially, and economically challenging regions of the world. Learn through Genevieve’s storytelling and a discussion-based forum how girls’ education increases economic opportunities, decreases infant and maternal mortality rates, decreases population growth, and fosters more democratic decision making processes at local and national levels.

Dr. Genevieve Walsh first visited Pakistan in 2007, two years after an earthquake killed 80,000 people there. One of the first people she met was a 13-year-old girl named Iqra, whose name means ‘read’ in Arabic and is the first word of the Koran, giving it great significance in the Muslim world.

Already, the girl embodied her name: After the earthquake, which killed her siblings and mother, Iqra organized a tent school, where she taught the other surviving children. Her father told Genevieve he and his wife had named her Iqra because they knew education was the way to create the change their community needed, and they believed their daughter would help create that change.

After meeting Iqra and her father, Genevieve decided to focus her doctorate on girls’ education in remote communities in northern tribal Pakistan. After four years of work and research there, she founded Iqra Fund in 2011 with a goal of creating sustainable access to quality education. The model was based on empowering community leadership, funding scholarship programs and investing in training teachers. Since then, Genevieve has seen education, especially for girls, change the culture in the communities where we work. She believes these changes could ripple throughout the nation and onto the international stage: Pakistan has nuclear warheads and it borders India, another nuclear country, as well as the economic superpower of China and war-torn Afghanistan.

Through girls’ education, she says, we are not only decreasing poverty, but reducing extremism, nationally and globally.

Prior to founding Iqra Fund, Genevieve worked for another educational NGO in northern Pakistan, and as a math and science teacher for the Traveling School in southern Africa and Latin America. She holds a Doctorate of Education from Montana State University. 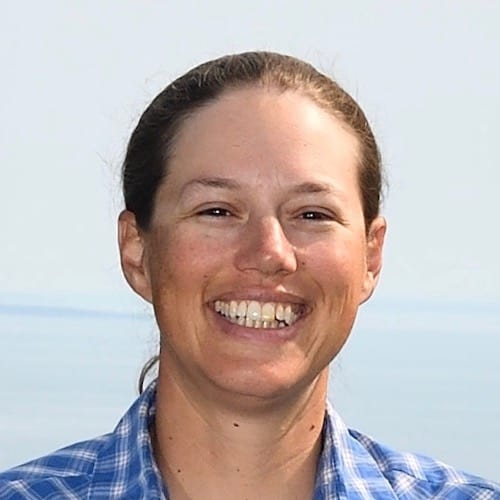 Bringing the Personal into Public Life: Relational Morality as a Guide to an Organization’s Work

Development and other fields dealing with human affairs are typically dominated by a detached and instrumental approach, which does not allow space for meaningful action. I suggest that by tempering this perspective with a personal and relational approach, we can reclaim opportunities for meaning while undertaking successful and beneficial collaborations.  Drawing on over 13 years’ experience leading The Tandana Foundation, I will illustrate the possibilities for a personal approach.

Anna earned a bachelor’s degree from Whitman College with honors in Politics and a minor in environmental studies and a Master of Arts in Liberal Studies from Skidmore College, with a focus on Morality in a Pluralistic World.  She speaks English, Spanish, French, some Tommo So, and some Kichwa. She taught Spanish, history and literature for The Traveling School and then founded The Tandana Foundation to increase opportunities for intercultural sharing and promote achievement of community goals. For over thirteen years, she has led the foundation in its partnership with communities in Mali and Ecuador. 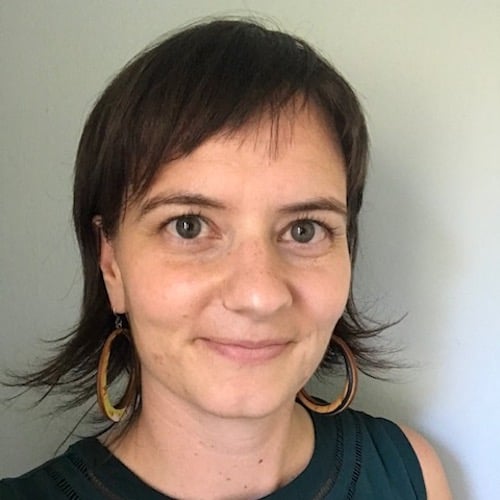 Zooming in – A “Points of You” Interactive Workshop

This workshop will help you to understand your own point of view while looking at different points of *YOU*. We are each individuals who see and experience the world differently depending on our different upbringings and cultural backgrounds. The Zooming-In workshop uses photos to help us communicate and interact with our own points of view!

Shannon is a former TTS teacher who currently lives in Portland, OR. She has her masters in Leadership and Management with a focus on Global Workforce Collaboration and is currently pursuing her PhD in Managing Organizational Systems. Her area of research focuses on how organizations transition through growth. She works as a Research Coordinator at Oregon Health and Science University at the Center for Health System’s Effectiveness. 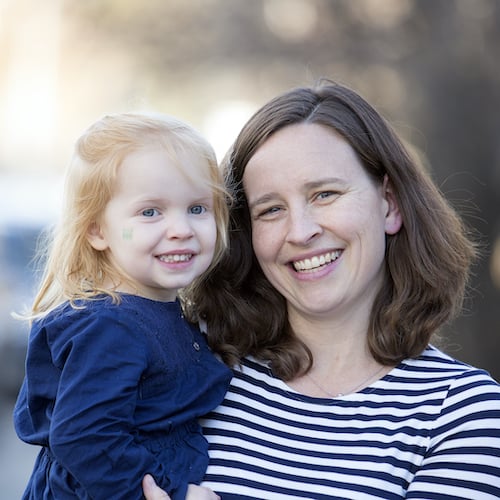 What Really Determines your Health: Genetic Code or Zip Code?

Did you know that your zip code may be a stronger predictor of your life expectancy than your genetic code? Join Lander (Purvis) Cooney, science and math teacher for TTS1, TTS3 and TTS5 for an engaging discussion about what influences health outcomes in the U.S. and how you can apply this knowledge to make a difference in your everyday life, work and community.

Lander has served as the Chief Executive Officer for Community Health Partners, Inc. (CHP), for nine of her fourteen years with the organization. A Federally Qualified Community Health Center, CHP provides high-quality, affordable medical, dental, behavioral health, pharmacy and educational services to more than 11,700 individuals annually at 6 service delivery sites in Park and Gallatin Counties. CHP has been recognized for its innovative approaches to patient-centered interactions, integrated behavioral health care, employee engagement and using data to drive quality improvement initiatives. Lander came to CHP after working as a program director and teacher for a high school study abroad program in South America. Living and teaching in small communities in Ecuador, Peru, and Bolivia often caused her to ask questions about the disparities in health, wealth, and education that exist around the world. She finds gratification being at CHP working to eliminate those same disparities that exist here at home. Lander holds an M.S. in science education from Montana State University and a B.A. in biology from The Colorado College. She spends her free time exploring local rivers and mountains with her family. 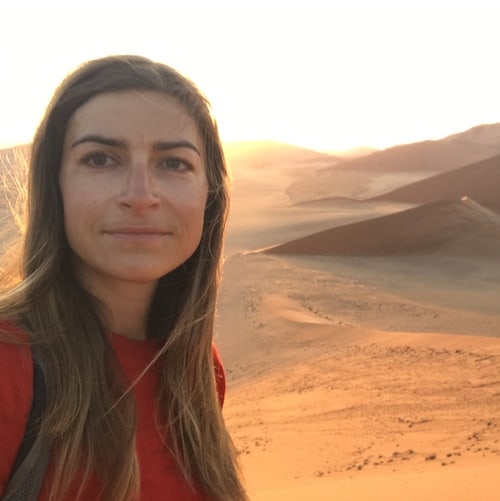 Throughout time and space, art has played a powerful role in raising critical consciousness and promoting social change. This session investigates the ways in which people engage with social and political issues through various forms of visual and performance art. We will explore various forms of art, movements and how art and activism intersect to raise awareness, tell stories, build community, evoke emotion, and prompt social and structural change. Through a combination of lecture and discussion, participants will explore current and historical movements in both the U.S. and abroad. Creative and interactive activities will give participants an opportunity to experience, create and share art.

Autumn has been an educator for over ten years and taught for two semesters with The Traveling School. She has worked with students in elementary through high school in both traditional classroom settings as well as experiential, place-based environments. Autumn holds bachelor’s degrees in Art and Philosophy, a master’s degree in Education, and is currently investigating a post-graduate certificate in Anti-Racist Education. Through studying, teaching, and adventure-seeking, Autumn has traveled to 40 countries, where she always seeks to deepen her understanding of history, places and people through artistic elements. As a new resident of Richmond, Virginia Autumn is inspired by the social justice work present in her community and is excited to explore the intersection of activism and artistic expression and how art promotes social change both locally and globally. 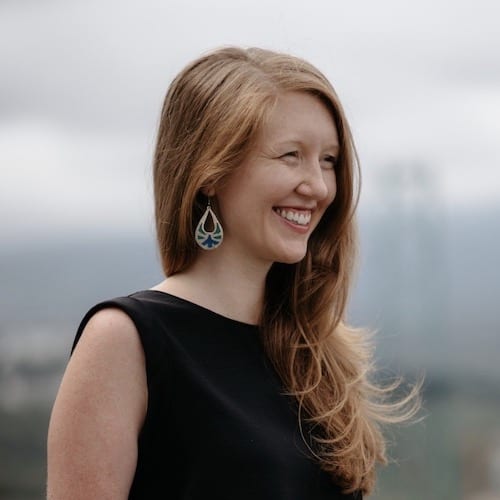 Film is a multimodal, authentic, context-rich and emotionally engaging medium. It has the power to transport us to both real and imaginary places and to explore diverse lived realities. It can prompt both reflection and discussion. In this workshop, we will explore the benefits of using film to learn and practice languages. You will have the opportunity to brainstorm ways that you can start incorporating film into your independent language study in a way that gives you the results you desire as well as how to start and facilitate film clubs in either your local community or virtually with people from different cultural and linguistic backgrounds.

Kate was born and raised in Washington State and has lived in many places around the world. Her roles directing and co-leading international programs and teaching languages (Spanish and English) have taken her to Latin America, Europe and Oceania. She holds two Bachelor of Arts Degrees, one in International Development Studies and another in Spanish as well as a Certificate in Teaching English to Speakers of Other Languages (CELTA) through Cambridge English. Kate recently returned to the Pacific Northwest and is happy to call Vancouver, BC home. She is an English as an Additional Language (EAL) Instructor at a private language school and also volunteers working with newcomers. In her free time, she enjoys studying and learning Italian, exploring Vancouver by bike, and staying in touch with her friends and family around the world.