During her four months in Central America with The Traveling School, 16-year-old Ruthy Bondurant learned the kinds of cultural lessons only firsthand experience can teach.

When 16-year-old Ruthy Bondurant started preparing for a semester with The Traveling School, she wasn’t worried about sleeping in tents or navigating rugged terrain. She wasn’t even concerned about missing out on driving or the goings-on at school. “I was just scared about being disconnected from my family and my dogs,” she says.
As it turned out, Marshall, Maize and Poppy were just fine, and Ruthy found herself connecting with people and places in ways she never could have imagined. Over the next four months, she would see the night sea glimmering like millions of twinkling lights; stand beneath a massive tree that was believed to connect the heavens, earth and the underworld; and learn to value a way of life far different from her own. 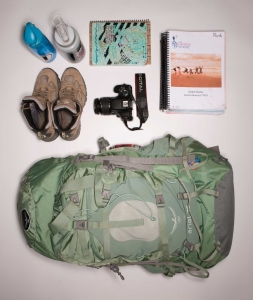 Far from your conventional high school, The Traveling School took Ruthy and 10 other high school girls on a grand adventure through Mexico, Guatemala and Nicaragua. The all-girl program, which blends academics with travel, creates classrooms from the cultures, landscapes and communities it visits.

“It was really interesting to learn about the histories of places I’ve never heard about before, even though we learned so much history in school at home,” Ruthy says. The experience has inspired her to explore other countries and cultures. “It was an interesting eye-opener.”
She also developed outdoor skills through activities such as whitewater rafting, surfing and scuba diving. After getting scuba certified, Ruthy and her classmates observed dolphins, sharks and lion fish in their natural environment. During a night dive along the coast of Nicaragua, they witnessed a magical phenomenon called “string of pearls,” in which tiny crustaceans emit luminescent chemicals that light up the sea. Near Antigua, Guatemala, they took a two-hour hike to the top of Pacaya, an active volcano that first erupted 23,000 years ago, and roasted marshmallows in its heat.