Reflections on the Border

During our time in Southern Arizona, we have started delving into the issue of migration and borders in our Global Studies class. After an excellent introduction to the topic from Professor Leah Mundell at Northern Arizona University in Flagstaff and listening to a couple podcasts about immigration on our drives south, we finally landed in Southern Arizona last Thursday. We made a home in the small border town of Arivaca, where we stayed at the welcoming Arivaca Action Center. In Arivaca, we spoke to local activists with the group People Helping People in the Border Zone. Their organization worked to help local people in the community support migrants who occasionally show up at their homes in need of help. After an impactful meeting with these inspiring women, we watched the documentary Undeterred, about community resistance to Border Patrol in Arivaca. A couple of our friends from People Helping People appeared in the documentary and it helped us understand just how overpowering the presence of Border Patrol is on the southern border.

On Tuesday, our group visited the Mexico-U.S. border wall. Erick Meza from the Sierra Club Borderlands Program met us at the Arivaca Action Center. He spoke clearly and candidly about U.S. immigration policy and its impact on humans, wildlife, and the environment. We then traveled about thirty minutes down the road to the Sasabe border, where part of the border wall was under construction. There, we took in the massive border wall and continued to discuss border issues with Erick. As we left the wall, we stopped by the small port of entry where vehicles could pass between the United States and Mexico. We managed to finagle a meeting with the Customs and Border Patrol Port Director Baxter, who shared a very different perspective than we had just heard from Erick. Baxter led us on a tour of the port, and spoke to us for over an hour about border policy, his work, and his dreams of retirement. As we climbed back into the van and drove up to Tucson, we debriefed our border experience. The next morning, students contributed sticky notes to a “gallery walk” style reflection and we spent time reading each person’s takeaways from the border visit. We wanted to share some of our thoughts with friends and families of TTS.

My perspective shifted when…

My perspective was challenged when…

What resonated with me most was…

I want people at home to know…

We are not finished with our deep dive into border issues! Here in Tucson, we are continuing to learn about migration and borders, and we will travel south to the town of Patagonia, Arizona to spend four days at the Borderlands Restoration Network later next week. More to come! 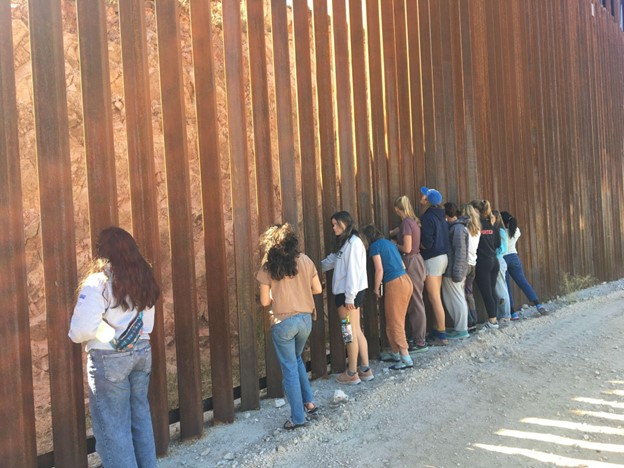 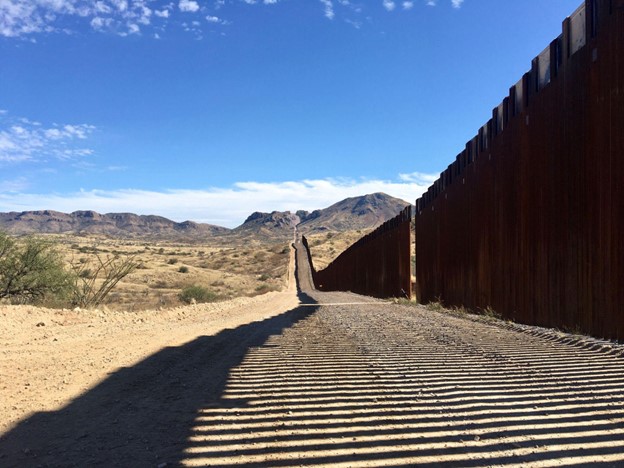 This particular stretch of wall spans a 100+ miles. 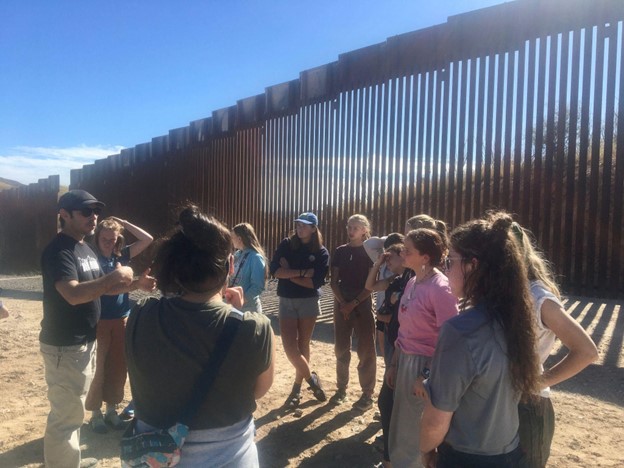 Students learning about US immigration policy from local organizations. 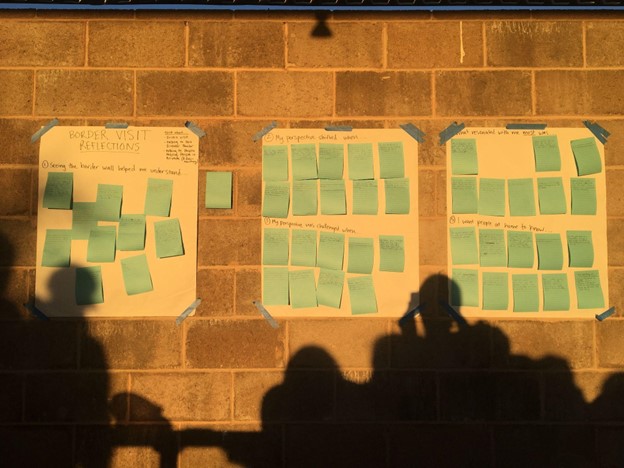 Integrating the many perspectives from time at the border through a reflective activity.